Objective. Whether food intake can modify the course of rheumatoid arthritis (RA) is an issue of continued scientific and public interest. However, data from controlled clinical trials are sparse. We thus decided to study the clinical effects of a vegan diet free of gluten in RA and to quantify the levels of antibodies to key food antigens not present in the vegan diet. Methods. Sixty‐six patients with active RA were randomized to either a vegan diet free of gluten (38 patients) or a well‐balanced non‐vegan diet (28 patients) for 1 yr. All patients were instructed and followed‐up in the same manner. They were analysed at baseline and after 3, 6 and 12 months, according to the response criteria of the American College of Rheumatology (ACR). Furthermore, levels of antibodies against gliadin and β‐lactoglobulin were assessed and radiographs of the hands and feet were performed. Results. Twenty‐two patients in the vegan group and 25 patients in the non‐vegan diet group completed 9 months or more on the diet regimens. Of these diet completers, 40.5% (nine patients) in the vegan group fulfilled the ACR20 improvement criteria compared with 4% (one patient) in the non‐vegan group. Corresponding figures for the intention to treat populations were 34.3 and 3.8%, respectively. The immunoglobulin G (IgG) antibody levels against gliadin and β‐lactoglobulin decreased in the responder subgroup in the vegan diet‐treated patients, but not in the other analysed groups. No retardation of radiological destruction was apparent in any of the groups. Conclusion. The data provide evidence that dietary modification may be of clinical benefit for certain RA patients, and that this benefit may be related to a reduction in immunoreactivity to food antigens eliminated by the change in diet.

Background and aims: Patients with rheumatoid arthritis (RA) often feel there is an association between food intake and rheumatoid disease severity. To investigate a putative immunological link between gut immunity and RA, food antibodies were measured in serum and perfusion fluid from the jejunum of RA patients and healthy controls to determine the systemic and mucosal immune response.  Methods: IgG, IgA, and IgM antibodies to dietary antigens were measured in serum and jejunal perfusion fluid from 14 RA patients and 20 healthy subjects. The antigens originated from cow’s milk (a-lactalbumin, b-lactoglobulin, casein), cereals, hen’s egg (ovalbumin), cod fish, and pork meat.  Results: In intestinal fluid of many RA patients, all three immunoglobulin classes showed increased food specific activities. Except for IgM activity against b-lactoglobulin, all other IgM activities were significantly increased irrespective of the total IgM level. The RA associated serum IgM antibody responses were relatively much less pronounced. Compared with IgM, the intestinal IgA activities were less consistently raised, with no significant increase against gliadin and casein. Considerable cross reactivity of IgM and IgA antibodies was documented by absorption tests. Although intestinal IgG activity to food was quite low, it was nevertheless significantly increased against many antigens in RA patients. Three of the five RA patients treated with sulfasalazine for 16 weeks had initially raised levels of intestinal food antibodies; these became normalised after treatment, but clinical improvement was better reflected in a reduced erythrocyte sedimentation rate.  Conclusions: The production of cross reactive antibodies is strikingly increased in the gut of many RA patients. Their food related problems might reflect an adverse additive effect of multiple modest hypersensitivity reactions mediated, for instance, by immune complexes promoting autoimmune reactions in the joints.

Arthritis: Inflammation with a Cause

Arthritis is one of the most debilitating conditions in our culture. It is actually the number one cause of lost work days at Boeing. Unfortunately, treatment is limited and almost solely focused on anti-inflammatory medications, not on eliminating the original trigger of that inflammation. What Does “Arthritis” Mean?  The word “arthritis” simply means “joint inflammation.” There are basically two types: osteoarthritis and rheumatoid arthritis.  Osteoarthritis is inflammation caused by degeneration of the joint and is due to chronic wear and tear. Osteoarthritis is most commonly found in the knees. Rheumatoid arthritis (RA) is a more generic term for inflammation, pain, and swelling of joints. Rheumatoid arthritis is most commonly seen in the hands, although it can affect just about any joint in the body. In children this is called juvenile arthritis.The Traditional Approach to Arthritis   Rheumatoid arthritis is considered by conventional medicine to be an autoimmune condition of unknown cause. This belief ignores a large volume of scientific evidence pointing to food allergies as a major cause of arthritis. The medical community has focused almost solely on treating arthritis with anti-inflammatory medications, either prescription or over-the-counter. These medications offer temporary relief of the pain and swelling, but they never cure arthritis. Over the long term this type of treatment also comes with a host of side-effects. Is It Possible to Eliminate the Inflammation without Drugs?   Very often it is actually possible to eliminate the cause of the inflammation without resorting to drugs to suppress it. Inflammation is actually caused by the immune system. The important question is, “Why is the immune system creating inflammation?” What Triggers the Immune System to Create Inflammation?   As you already know, bacteria, viruses, and parasites trigger an immune response. But anything that triggers an immune response also triggers inflammation. This includes foods that are incorrectly identified by the immune system as not belonging in the body. Therefore an allergic reaction to a food can result in inflammation of the joints. What Foods Cause Arthritis?   The body can be allergic to any food, therefore any food allergy is capable of causing inflammation and arthritis. This includes RA, juvenile arthritis, and undefined joint pains. This is why it can be so difficult for one to recognize the relationship between their diet and their symptoms.  Let’s use a dairy allergy as an example. If you eat any form of dairy, be it milk, butter, cheese, yogurt, or even dairy in the form of casein or whey in another food product, such as bread or milk chocolate, then you can potentially trigger the symptoms of your food allergy, in this case arthritis. You should also know that allergy symptoms may show up hours or even a day later, well after a food is absorbed into your system. How Do I Determine if I Have a Food Allergy?   Most doctors are not well versed in evaluating patients for food allergies. Skin testing is inadequate, and many blood tests are not thorough enough to discover a food allergy. The best way to determine if you have a food allergy is to have your blood tested for both IgE and IgG antibodies to a variety of foods. This is done with an ELISA Food Allergy Panel, which measures your immune response to approximately 100 different foods. Arthritis Case StudiesCase #1: 10 year old male with juvenile arthritis. This patient had been experiencing pain in his hands and other joints for several years. Food allergy testing demonstrated a severe allergy to all dairy, not just milk. Once this problem was properly identified and his parents were fully educated on the potential sources of dairy contamination in his diet, his pain resolved. He was able to discontinue all pain medications. Case #2: 71 year old female with rheumatoid arthritis. This patient came in with chronic pain in the hands, shoulders and knees and a positive test for rheumatoid arthritis. Food allergy testing demonstrated an allergy to wheat and gluten. The removal of these foods led to a tremendous amount of relief in her joint pains and a reduction in joint swelling. Case #3: 25 year old female with arthritis, including severe back pain. This patient suffered severe back pain (a history of two back surgeries) as well as digestive problems. Food allergy testing demonstrated allergies to dairy and eggs. Her digestive problems resolved and her back pain improved tremendously due an overall decrease in inflammation in her body. (The back has joints and thus back pain can be type of arthritis.) 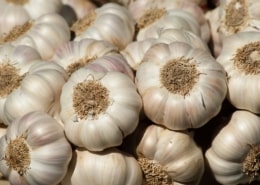 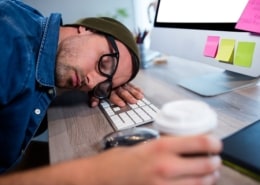 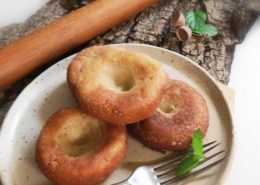